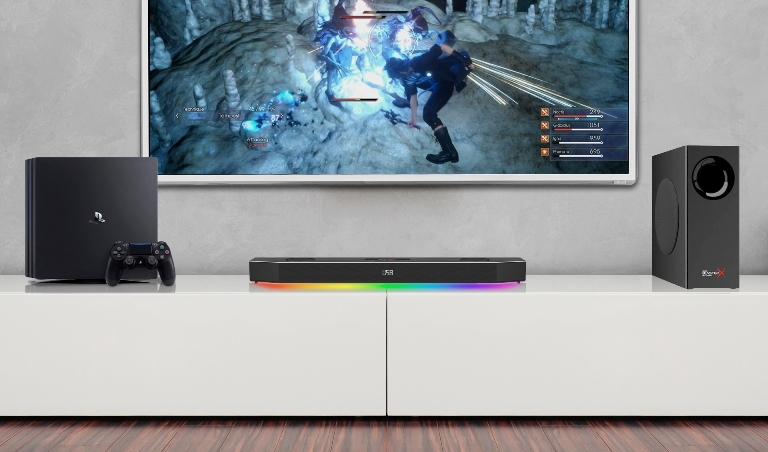 The updated support allows PS4 users to enjoy cinematic audio performance via USB delivered by the Katana for all their gaming content, including popular titles such as Uncharted: The Lost Legacy and Horizon: Zero Dawn, as well as highly anticipated upcoming titles such as Star Wars Battlefront 2, Call of Duty WWII, NBA 2K18 and Destiny 2.

On top of that, users will enjoy an enhanced in-game communication experience that allows them to enjoy a full suite of noise-reduction and voice morphing technologies made possible by Katana's built-in advanced Sound Blaster processor. Previously, Katana users could only connect to their PS4 via optical connection with a separate mic connection to the PS4's controller - all without the benefit of noise reduction and voice morphing enhancements. Also, users can look forward to accessing these technologies on-the-fly while Katana is connected to a PS4, from the convenience of an iOS or Android smartphone or tablet, with an updated version of the Sound Blaster Connect App - which is slated to be released by end-October 2017 on the App Store and Google Play.