“We believe in gamers for life - no gamer is too old or too young. And, we definitely can relate to students who need precision gaming tools, but are held back by a tight budget. Thus, we are truly excited to introduce a new student-exclusive program that offers premium gaming products at wallet-friendly prices. We want to encourage more young gamers in eSports by equipping them with the right gear to give them that competitive edge and be on equal footage with the big boys out there,” said Long Chye Low, General Manager of Creative. 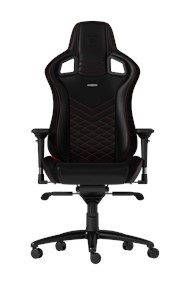 Prizes and Giveaways at the BlasterX Booth
Students dropping by at the BlasterX Booth at DreamHack Winter 2016 will receive Sound BlasterX freebies and stand a chance to win gaming swags in hourly stage shows. They can even participate in the big lucky draw where 4 noblechairs premium gaming chairs will be given away on the last day.

The Sound BlasterX Series will be demonstrated at Booth B01:06, DreamHack Winter 2016.

To sign up to the Sound BlasterX Student Program, visit en.creative.com/edu.

For more information about the Sound BlasterX Series, visit BlasterX.com.

This announcement relates to products launched in Europe. Availability is subject to change without notice and may differ elsewhere in the world according to local factors and requirements. Creative, the Creative logo, Sound Blaster and the BlasterX logo are trademarks or registered trademarks of Creative Technology Ltd in the United States and/or other countries. All rights reserved. Dolby is a registered trademark of Dolby Laboratories. All other trademarks are the property of their respective owners.