MILPITAS, California - 24 November 2016 - Creative Technology Ltd today announced two new additions under its Sound BlasterX pro-gaming range - the Sound BlasterX Siege M04 and the Sound BlasterX Vanguard K08 - a precision gaming mouse and mechanical gaming keyboard engineered from the ground up to give professional gamers the winning edge. This will be an exclusive US launch on Creative.com. 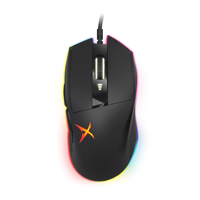 Featuring 7 fully programmable buttons including a dedicated sniper button and a 3-level DPI switch for easy-access and on-the-fly switching, the Siege M04 comes with internal memory so that users can program sensor DPI level and polling rate, lighting profiles as well as assign buttons according to their gaming needs. Fitted with OMRON® mechanical switches underneath the left and right primary buttons, the Siege M04 executes up to 50 million clicks flawlessly.

Designed ergonomically for right-handers, the mouse fits snugly within the palm and suits both palm and claw grip players. Its non-slide matte surface and rubber-based textured regions ensure a perfect grip even after long hours of gaming. Fitted with low friction, large surfaced PTFE feet, the Siege M04 provides ultra smooth gliding. The Siege M04 also comes with the Aurora Reactive lighting system that is fully programmable with up to 16.8 million colors. 11 independent LED segments lined up all around the mouse provide a brilliant All-Edge Light Display - the only mouse with such lighting. 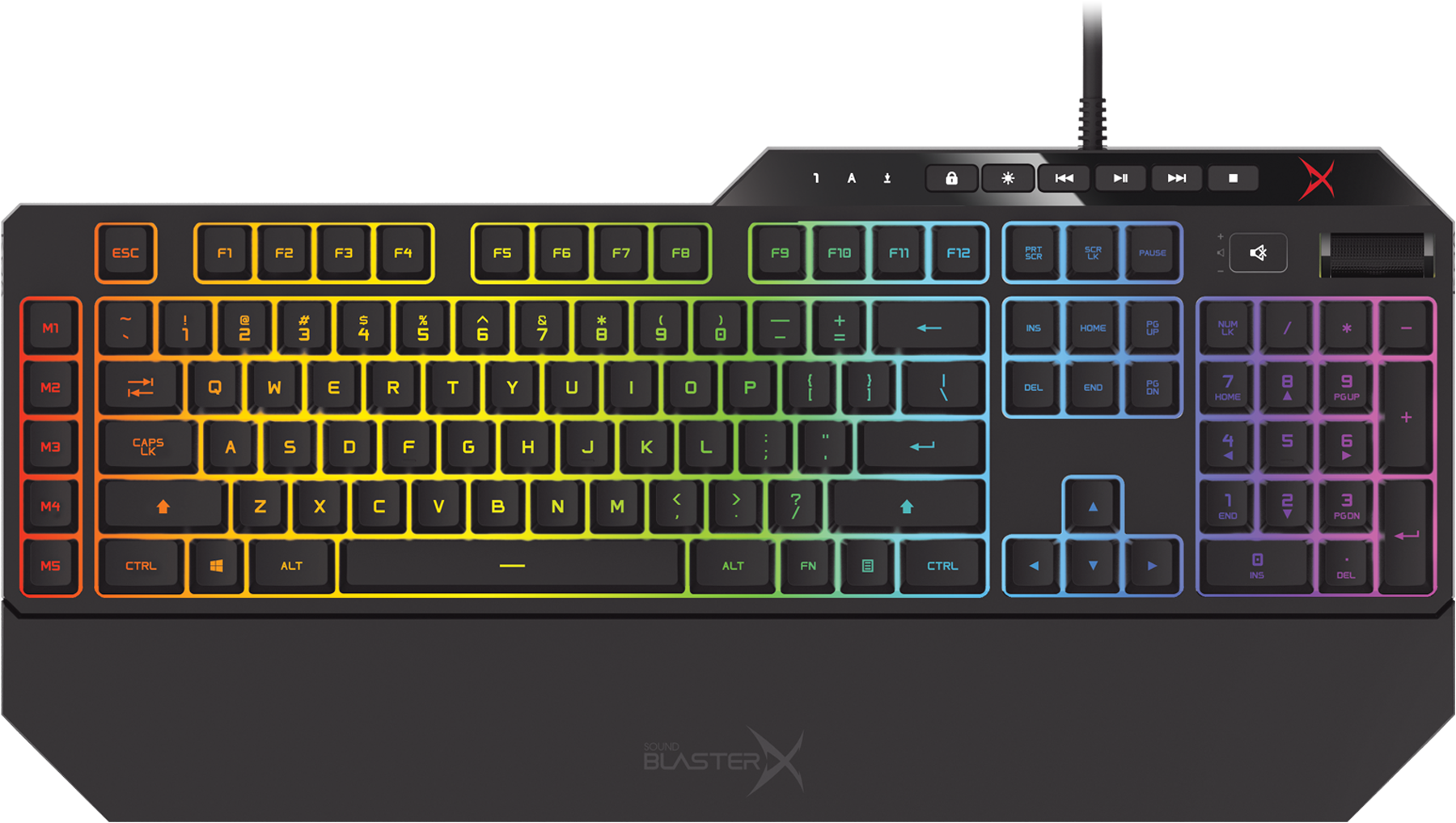 Boasting a whopping 70 million actuation lifespan and a 45g actuation force with silent tactile feedback, the pro-customized switches are ultra responsive and built to last. The PRES switch also features a short 1.5mm pre-travel distance and a total travel distance of only 3.5mm, compared to the standard 2.0mm and 4.0mm respectively on regular switches. They are optimized to activate 25% faster so that gamers can fire off commands at higher speed and execute 12.5% more keypresses - and with less error. On top of that, unlike regular switches, each switch on the Vanguard K08 features double cross-point contact technology for fail-safe contacts; ensuring every command is fired off precisely even if one contact fails.

The low-profile keycaps on the Vanguard K08 ensure swift strokes for comfortable quick input, while the 26-key rollover with anti-ghosting technology eliminates input lag and delivers accurate commands every time.

The compact keyboard is ergonomically designed with 109 fully customizable keys as well as onboard media controls, including a large rotary volume control, for maximum convenience. Sporting brilliant ambient-reactive RGB backlighting, the keys can be individually marked by color for easy recognition when gaming in the dark or to simply add “war paint” to your battlestation. 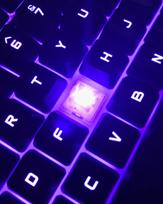 “We're extremely excited to be introducing two brand new high-performance gaming-grade peripherals into the Sound BlasterX Pro-Gaming line. We've been here from the very beginning of PC gaming, and for three decades, Sound Blaster has broken boundaries with audio innovation and technologies. Our audio products have always provided a competitive edge for gamers in perceiving what's going on around them in the game. But whether on the battlefield or race track, winning the game not only requires you to PERCEIVE precisely, but also to REACT quickly and EXECUTE actions effectively. So, we asked ourselves, why stop at just audio?” said Long Chye Low, General Manager of Creative.

“Today, we give gamers powerful, precise control at their fingertips. New weapons designed just for gamers to give gamers the ultimate P.R.E. (Perceive, React and Execute) experience. Our teams spent countless hours a day refining every intricate detail of the mouse and keyboard to ensure you get the highest quality and the best performance. These gears are built not only to be durable and responsive, they are engineered to win; and with our cutting-edge audio giving you an unfair advantage, winning is no more left to chance.”

“We at compLexity are thrilled about the launch of the Sound BlasterX line of PC Gaming peripherals. Our demanding pro gamers have worked with Creative Labs engineers to create a fantastic product that we can't wait to use in upcoming competitions,” said Kyle Bautista, General Manager of compLexity Gaming.

“We're proud to be collaborating with Creative and its Sound BlasterX line of pro-gaming peripherals in delivering the absolute highest performance demanded by pro-gamers and gaming enthusiasts. The Sound BlasterX Vanguard and the Sound BlasterX Siege with OMRON's mechanical switches personify the absolute best in precise control and response from a gaming keyboard and mouse for today's gameplay,” said Eric Liu, General Manager of Consumer & Commercial Switch Department under OMRON Switch & Devices Corporation. 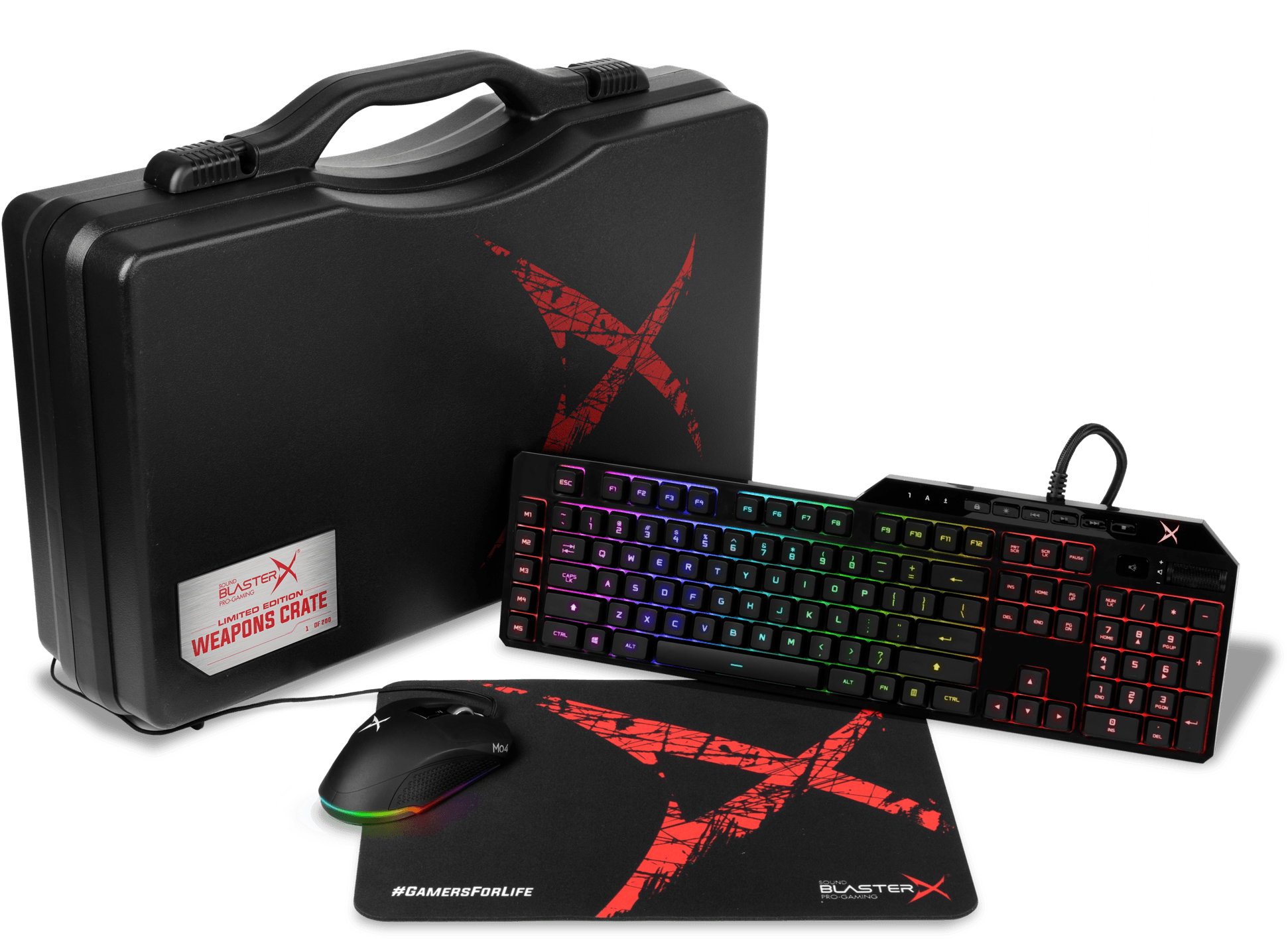 Pricing and Availability
The Sound BlasterX Siege M04 and Vanguard K08 are available for a Christmas pre-order exclusively at Creative.com from 25 November 2016.

The pre-order period will end on 15 December 2016. The Sound BlasterX Siege M04 and Vanguard K08 will be shipped to customers by 20 December 2016, in time for Christmas.

The Limited Edition Sound BlasterX Weapons Crate shipment date is to be advised. Go to Creative.com for updates.

This announcement relates to products launched in the United States. Availability is subject to change without notice and may differ elsewhere in the world according to local factors and requirements. Creative, the Creative logo, Sound Blaster and the BlasterX logo are trademarks or registered trademarks of Creative Technology Ltd in the United States and/or other countries. All rights reserved. OMRON is a registered trademark of OMRON Corporation. All other trademarks are the property of their respective owners.