Sound BlasterX 720° is Creative's top-of-the-line audio engine, a software solution designed to bring out the best in today's gaming, movie, and music content. Boasting a powerful acoustic engine, Sound BlasterX 720° enhances any computer's onboard audio through a set of comprehensive tools to empower the computer and turn the PC or laptop into a professionally certified audio powerhouse for gaming and entertainment.

The software suite also includes the all-new Scout Radar feature that enhances a gamers' situational awareness to uncanny new levels. By translating sound into enemy locations, gamers can visualize and pinpoint where enemies are using their mobile phone or tablet with the dedicated Scout Radar mobile app. 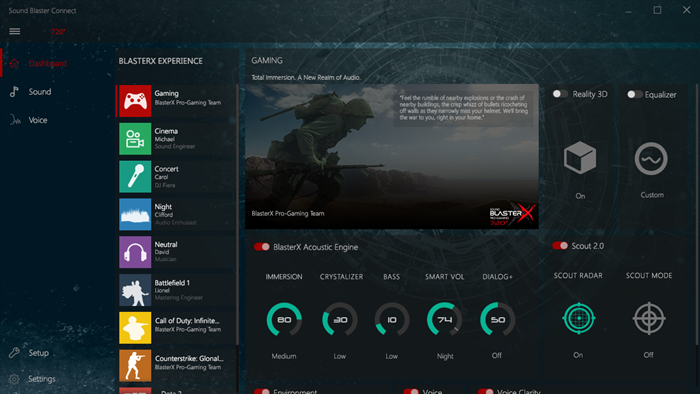 The world's first smart gaming companion enables gamers to visualize and pinpoint their enemy's position on a Scout Radar app through their Android™ and iOS® mobile devices. Now gamers can not only hear their enemies from further away but also see them.

Because no two rooms are the same, Automatic Room Calibration intelligently adapts connected speakers to the unique acoustics of a user's room, so they always get the best audio possible.

BlasterX Acoustic Engine allows the user to enhance and tweak their auditory experience to perfection with intelligent controls.

This technology creates unprecedented levels of audio realism by producing virtual speakers around, above and below.

Makes music sound as good as the music artist or game developers originally intended by ensuring that every audio detail is reproduced in the most accurate form. 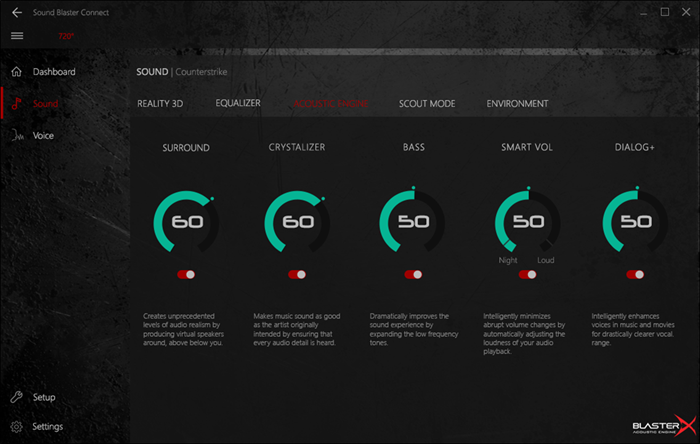 Professionally tuned by acoustic engineers with the aid of pro-gamers, the customizable audio profiles create a unique and optimal sound experience for popular game titles and most of a user's playback needs. 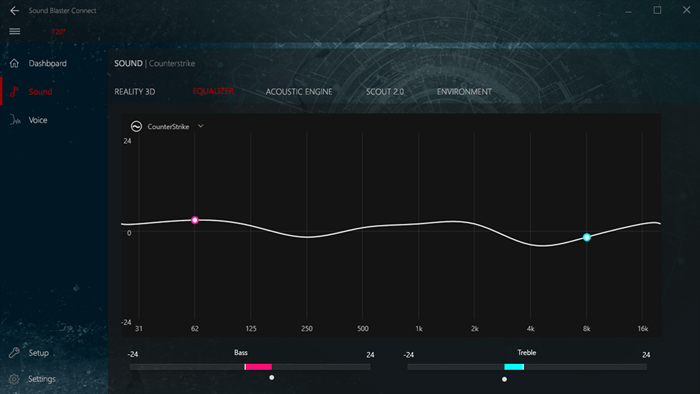 Voice can be enhanced during broadcasts and streams through various voice processing features that help reduce noise, cancel feedback and a vocal equalizer also fine-tunes the tone for that extra professional quality sound.

Users can also morph their voice into different characters and accents and have fun taking on another persona that adds flair to their online role-playing experience. 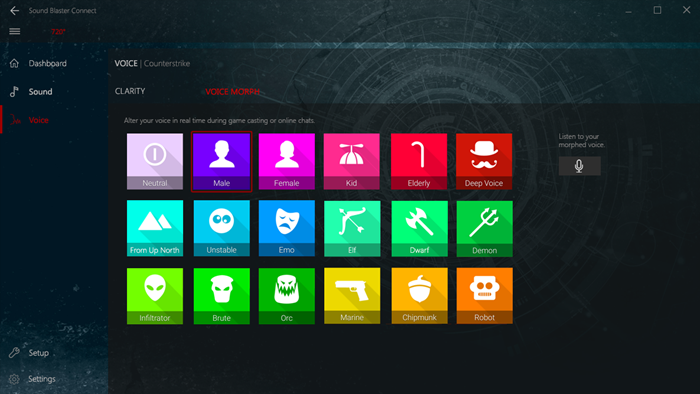 A one-touch button for users to boost and enhance 3D immersion in their entertainment for games, music or movies. 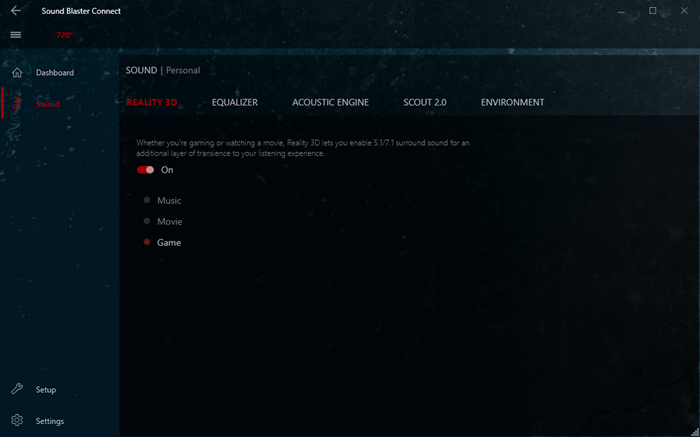 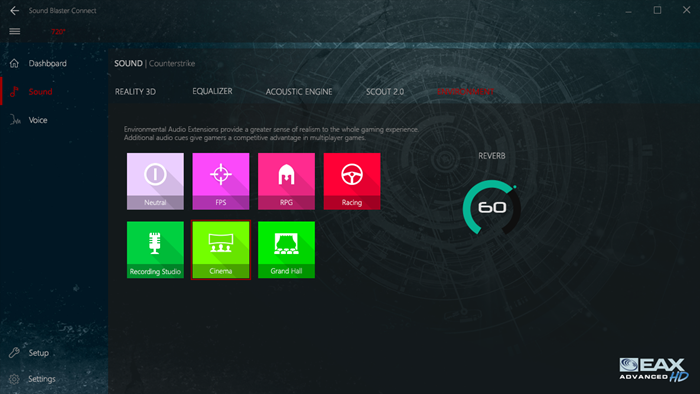 This announcement relates to products launched in Asia Pacific. Availability is subject to change without notice and may differ elsewhere in the world according to local factors and requirements. Creative, the Creative logo, Sound Blaster and the BlasterX logo are trademarks or registered trademarks of Creative Technology Ltd in the United States and/or other countries. All rights reserved. All other trademarks are the property of their respective owners.