COLOGNE, Germany - 17 August 2017 - Creative Technology Ltd today announced that it would be celebrating 30 years of the Sound Card at Germany's world famous gaming tradeshow, Gamescom 2017. Famous for setting the de facto standard in PC Gaming with its Sound Blaster® sound cards, and for launching the multimedia revolution, Creative will also be showcasing its latest next generation sound card for the first time in Europe, the Sound BlasterX AE-5. 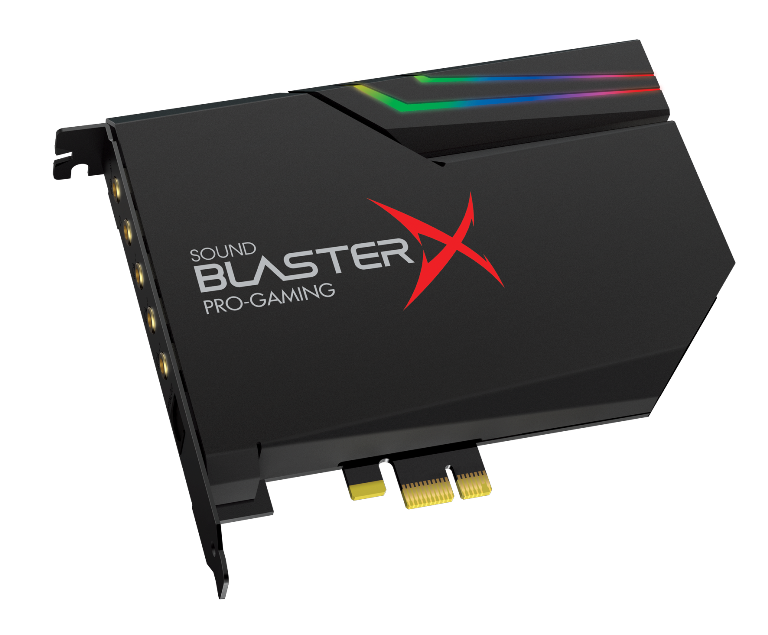 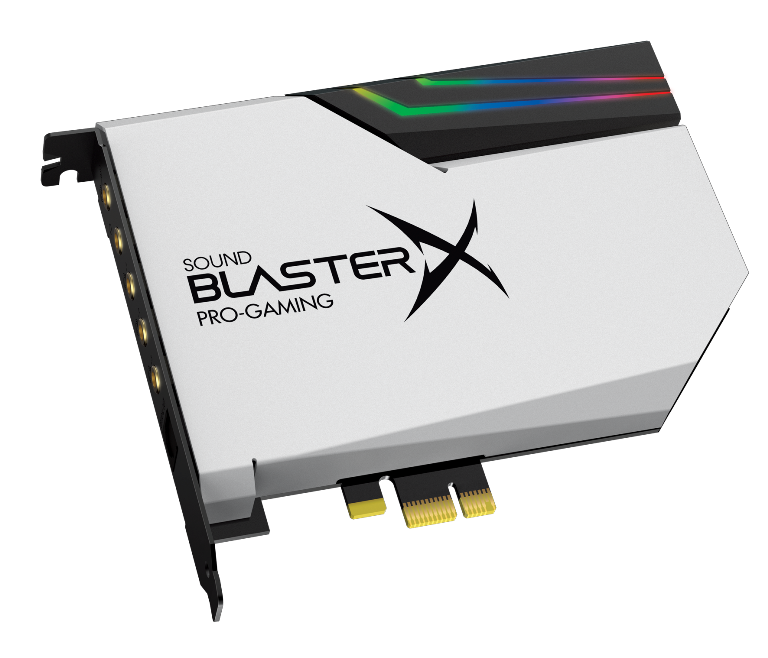 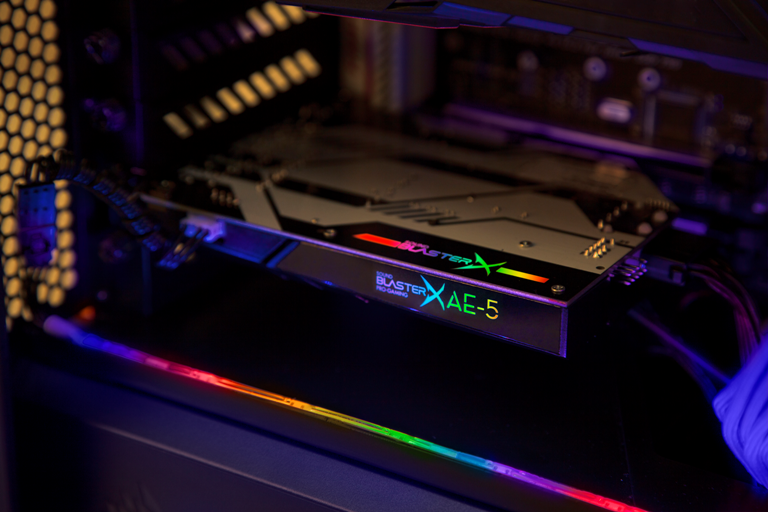 The AE-5 is also the world's first sound card with integrated RGB controller powered by Aurora Reactive Lighting that lets users personalize their rig with 16.8 million colors. It comes with the option of attaching up to four 30cm light-strips to enhance the look of a gamer's rig even further. The custom-designed PCB also allows for RGB lights to actually shine through on three sides of the card, including the logo on the AE-5's casing. The back of the card incorporates white geometric patterns that reflect the lights, lending a distinctive character to the AE-5.

Imbued with industry leading audio processing for enhanced realism with immersive 7.1 surround sound, the AE-5 also supports the all-new Scout Radar, a gaming audio technology converging PC and mobile devices, and brings gaming and entertainment on PCs and laptops to new levels of fun and acoustic awareness. Gamers can now not only enjoy amazing audio, they will also be able to see the direction of the sound sources on their smart devices. 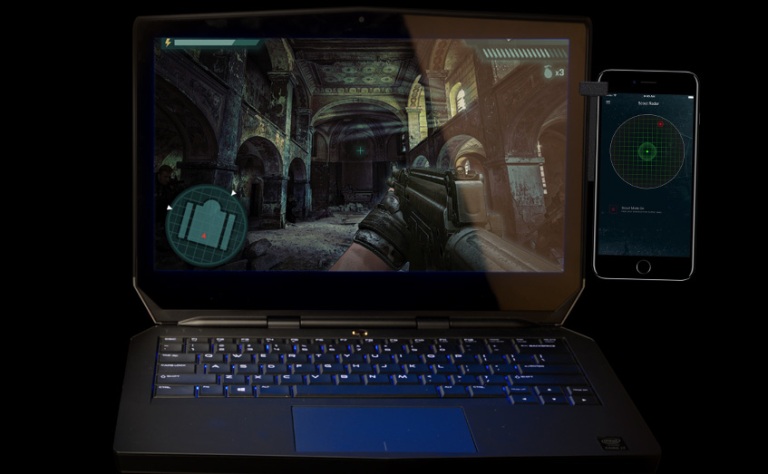 30 Years of the Sound Card: Celebrate With Us
Creative will celebrate the 30th anniversary of the Sound Card at the Sound BlasterX booth (Booth 20) in Hall 5.1. Visitors can expect sweeping stage events and exciting booth activities highlighting the “magic” number 30. Host and master of ceremony Frank Schilde (among others) will present:

BlasterX Gaming Zones
Participants at the Sound BlasterX booth will also get a chance to experience the Sound BlasterX Katana - the world's first gaming under monitor audio system, Sound BlasterX headsets, and high-performance gaming rigs at BlasterX gaming zones. Leading European and US eSports teams, Epsilon eSports and compLexity Gaming, will also be there to square-off with participants in ‘gaming shoot-outs'.

The BlasterX booth will be divided into three exciting zones for participants to experience a full variety of gaming and entertainment ‘worlds': a PC Gaming Zone which features the latest games, a Console Gaming Zone decked-out with plush gaming bean bag where gamers can enjoy the latest PS4™ FIFA 17, and a Sound BlasterX Katana Zone with dedicated sound room.

As part of a technology showcase, the Sound BlasterX series will be on display, which include:

These products, as well as the Sound BlasterX AE-5, will also be showcased at partner booths at Gamescom such as Caseking and ALTERNATE.

This announcement relates to products launched in Europe. Availability is subject to change without notice and may differ elsewhere in the world according to local factors and requirements. Creative, the Creative logo, Sound Blaster and the BlasterX logo are trademarks or registered trademarks of Creative Technology Ltd in the United States and/or other countries. All rights reserved. All other trademarks are the property of their respective owners.